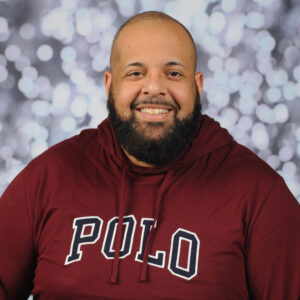 Mr. Abreu began his career with the DOE in 1996 as a School Aide in Harlem. His mother, who was a math teacher at the same school, was his motivation to enter the education profession. After working as a School Aide for two years, Mr. Abreu accepted a position as Paraprofessional. By 2004, Mr. Abreu had attained a bachelor’s degree in Psychology from Mercy College, and by 2012 his Master’s in School Counseling from the College of New Rochelle.
Mr. Abreu joined the CC family in September 2013.
In his off time, Mr. Abreu enjoys traveling, cars and watching investigative documentaries and TV shows.