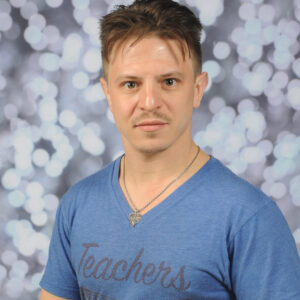 Mr. Funk is the Earth Science and Agricultural Science teacher at Celia Cruz Bronx High School of Music.   He moved from Buffalo to New York, earning his BA in Fine Arts from CUNY Hunter while competing on the college wrestling team.  While studying abroad, he became interested in the dynamics of our planet and began studying geology at the University of Hawaii before returning to CUNY York.  He then graduated with a BS in geology from the University of Buffalo before completing his masters at the American Museum of Natural History. In addition to pedagogy, Mr. Funk is an avid outdoorsman and musician.