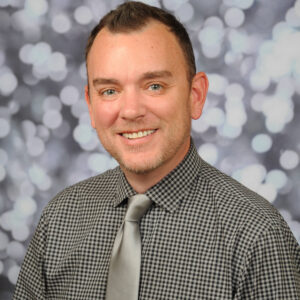 While teaching those first few years, Mr. Mabry earned his Master of Science in Educational Administration from National University. In early 2003, he was made aware of an opportunity to help open a new school of music in the Bronx. Mr. Mabry reached out to Dr. William Rodriguez that spring and made arrangements to fly to New York for an interview where he was immediately brought into the team. Jerrod moved back to New York City the summer of 2003 and helped open the Celia Cruz Bronx High School of Music.

When the school opened, Mr. Mabry taught English Language Arts to the entire school which was only 90 students at that time. In 2006, after teaching for three years, the school had grown large enough to require an Assistant Principal of Supervision and Mr. Mabry was chosen to fulfill that role. While an Assistant Principal, Mr. Mabry returned to graduate work at Teachers College, Columbia University and earned a second Masters Degree in Sociology and Education.

Mr. Mabry became the Principal of the Celia Cruz Bronx High in 2013.