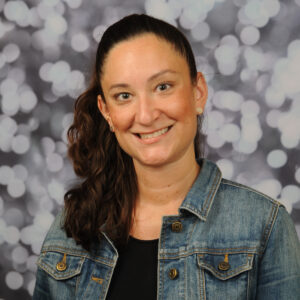 Lisa Monastero  (ACDA, NMEA, NYSSMA) Lisa earned her degree in Music Education in 2003 from New York University. She went on to earn her Masters of the Arts in teaching from CUNY Lehman College.

Lisa began her teaching career in 2003, when she started the choral program at the Celia Cruz Bronx High School of Music. 8 years later, the program has grown tremendously, with accolades such as NYSSMA level 6 gold and gold with distinction award winning performing ensembles. Lisa has started, and directed the Celia Cruz Bronx High School of Music Freshman Chorale, School Select Choir, Show Choir, Jazz Choir, Madrigal Choir, Sweet Out-of Lines, and Concert Choir. Her program has grown from 40 singers in 2003 to over 180 today! Her choirs have traveled to various festivals in the US, scoring Superior ratings each time. Mrs. Monastero’s choirs have been featured on major broadcast networks and publications such as NY1, Bronxnet, Bronx 12, WB11, The New York Times, and The Daly News.

Ms. Monastero was selected to be the Guest Conductor for the Suffolk County School Music Association (SMEA)’s All-County Division II Chorus in 2011.

In addition to serving as choir director at the Celia Cruz Bronx High School of Music, Lisa continues to perform as a vocalist, most recently at Carnegie Hall with the New York Pops, in Essential Voices USA, and at the Apollo Theatre in Harlem, where she came in the top 5 at the NYC Department Of Education “Teachers Night.”

Lisa continues to volunteer at various community theatres and community choirs, serving as a vocal coach and/or choir director, while she continues to grow the choir program at Celia Cruz, and advocate quality music education in the Bronx and New York City. Lisa attributes her success and passion in music education to her family, and all of the wonderful music teachers who truly inspired her.